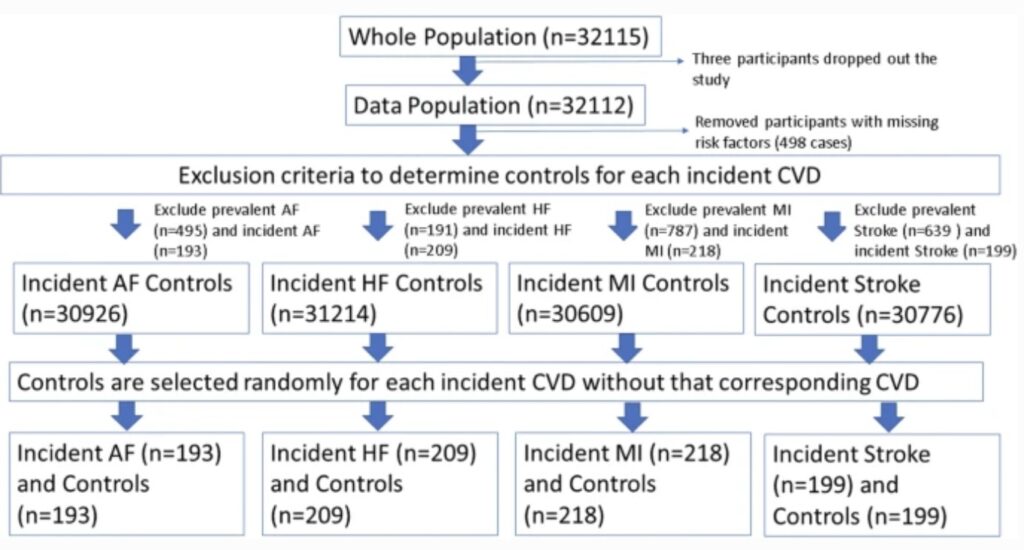 Participants from the UK Biobank who experienced incident atrial fibrillation (AF), heart failure (HF), myocardial infarction (MI), or stroke during the continuous longitudinal follow-up, have been identified. The cardiovascular magnetic resonance (CMR) indices and the vascular risk factors (VRFs) as well as the CMR images were obtained for each participant. Seven integrative models were built for each incident cardiovascular disease (CVD) as an outcome. Each model was built with VRF, CMR indices, and radiomics features and a combination of them. As result, AF prediction model using jointly the VRF, the CMR, and the Rad model obtained the best result, while HF showed the most significant improvement with the inclusion of CMR metrics. Moreover, adding only the radiomics features to the VRF reached an almost similarly good performance. Prediction models looking into incident MI and stroke reached slightly smaller improvement. In conclusion, the experiments show that radiomics features can provide incremental predictive value over VRF and CMR indices in the prediction of incident CVDs.

Advances in detection of atrial fibrillation in women